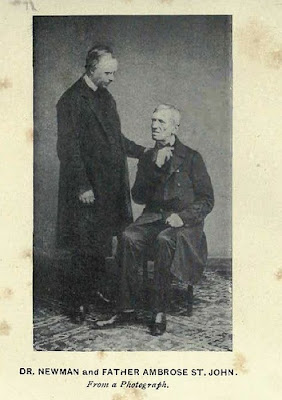 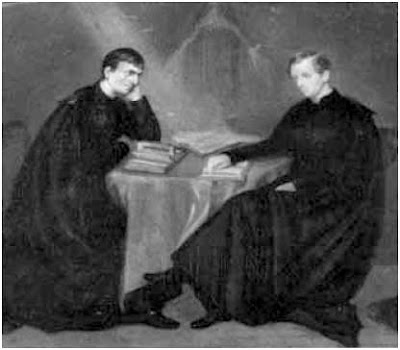 Posted by Kittredge Cherry at 9:02 AM

A very powerful and in depth discussion again.

Thanks, Trudie, A lot of people are commenting about this on Facebook too. Here are translations of a couple of especially insightful comments in Spanish:
“Interesting! that sharing a bed and then the grave.”

“Not even death could separate them. Beautiful example of love and fidelity.”

I'm gay celibate I hope that this gay saint may intercede for me and bless my chosen lifestyle. I will never abandoned my gay identity. If God loves us unconditonally he will accept me for who I am. I'm tired of being closet let the society to bully after all that makes them more awful than lgbt people.

Marcus Aquinus, I am touched by your request for the saint to intercede for you, and I offer this official prayer from the Catholic Church in England and Wales: