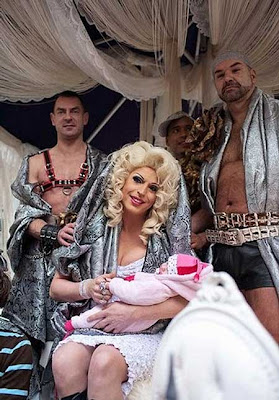 Posted by Kittredge Cherry at 1:18 PM

This whole story is a tasty after Christmas cuteness!

This is an intriguing entry. Until people get used to the reality that God loves everybody, and that we don't have to go for the "shock value", they'll push the envelope. I think your analysis and discussion of the "gay Nativity scene" is right on target. Thanks for sharing it.