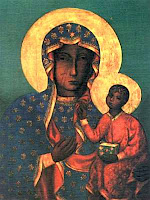 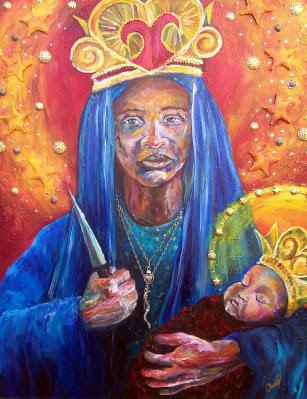 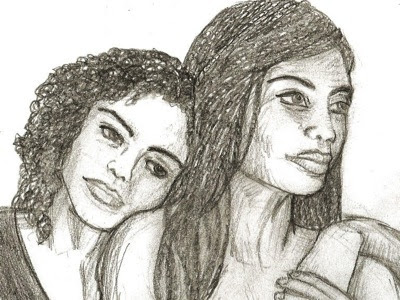 Posted by Kittredge Cherry at 8:03 PM

What a fascinating story! Really detailed and intriguing!

Erzulie-Dandor has NEVER been a lesbian. she was mistaken as being lesbian because of her independence, strong willed, aggressive and fearless nature. Whomever gave this information was wrong. Maybe you should do more research on this particular petro lwa for better understanding.