Jesus and Buddha on giving thanks 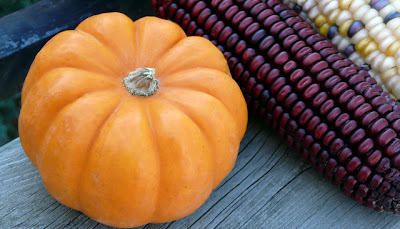 With the Thanksgiving holiday approaching, I wondered what the great spiritual teachers such as Jesus and Buddha said about gratitude and giving thanks.

The answer: Not much.

Today’s popular wisdom urges people to “count your blessings,” a technique that never helped me much when I was down. Ignoring painful realities felt like denial, not healing.

Jesus and Buddha both seemed to take a different approach. Buddha spoke of the Middle Way, where people could be free from both desire and aversion, no longer caught up in seeking and counting blessings.

Jesus himself often gave thanks to God. Otherwise he called attention to the behavior that he witnessed. For example, he healed ten lepers, including one Samaritan, a member of a despised ethnic group, perhaps similar to queer people today. Only one, the Samaritan, bothered to say thanks.

Jesus spoke to the bystanders. “Were not ten made clean? But the other nine, where are they? Was none of them found to return and give praise to God except this foreigner?”

Can’t relate to lepers? When I used a voice-recognition program to type the above scripture, it changed “clean” to “lean.” I smile when I imagine ten fat people made lean, a type of healing that’s much more familiar in America today.

Jesus seems to equate gratitude with faith. It’s an act of faith to give thanks as we navigate life’s vicissitudes, which Buddha identified as pleasure and pain, gain and loss, praise and blame, fame and dispute.

I’m grateful for the chance to try to walk the Middle Way with an attitude of gratitude this Thanksgiving Day. I also thank the people who build community by reading and commenting on this blog.

and Lovingkindness by Sharon Salzberg


Posted by Kittredge Cherry at 1:14 PM No comments:

Republicans, why don’t you respect my gay marriage?

I ask the Republican presidential candidates about gay marriage in my new video for the CNN YouTube debate. I’m a lesbian who’s been married to the same woman since my church wedding in 1987, but all of the Republican frontrunners have been divorced and remarried, sometimes more than once! I want to know why they won’t give my 20-year marriage the same legal status that their marriages have. If my video is chosen by CNN, it will be broadcast and answered on live TV on Nov. 28. You can see the video now by clicking the button in the middle of image above. CNN’s Anderson Cooper will moderate the live debate between the eight major Republican candidates for U.S. president – Mayor Rudy Giuliani, Gov. Mike Huckabee, Rep. Duncan Hunter, Sen. John McCain, Rep. Ron Paul, Gov. Mitt Romney, Rep. Tom Tancredo and Sen. Fred Thompson. It will run live from 8 p.m. to 10 p.m. (ET) on CNN on Wed., Nov. 28. In the video I show the “Holy Union” certificate from my wedding at Metropolitan Community Church of San Francisco in 1987 – long before “gay marriage” became a major political issue. Politicians like to make it sound like all churches oppose “gay marriage” while the government at least recognizes “civil unions.” My video shows that progressive spiritual communities have been blessing GLBT unions for decades. For example, a variety of wedding rites and relationship blessings for GLBT couples are included in my now-classic book Equal Rites: Lesbian and Gay Worship, Ceremonies, and Celebrations

Someday I hope that the secular world will catch up with the church. There’s still time for you to ask a video question, too. The CNN YouTube Debates site is accepting videos through Nov. 25. Please let me know if you submit a question, so that we can support each other.
Posted by Kittredge Cherry at 1:23 PM 1 comment:

Menachem Wecker of the Iconia blog on art and religion has just posted his interview with me about the Folsom Street Fair poster. He posed some great questions. Here’s an excerpt:

MW: You critique the sex toys as "a step away from the body, like inserting an artificial device between the direct contact of flesh on flesh." But aren't sex toys about celebrating the body? Why is this not making seemingly mundane things holy, as opposed to the opposite?

KC: You’re quoting the line from my essay that has generated the most debate. I’ve been forced to think more about sex toys by the many responses that were posted by various gay, lesbian, bi and trans (GLBT) people….

MW: You question "whether it is ever appropriate to use Christ's image for secular sales. "Aren't you then saying that you have some degree of ownership or copyright on Christ's image? Why can't it be available to everyone, even say the money changers?

KC: … I often say that Christian conservatives don’t own the copyright on Jesus. You raise a valid point. Jesus doesn’t belong exclusively to Christian progressives like myself, either. He doesn’t even belong only to religious people. Jesus is available to everyone, and that was part of his message during his lifetime….

I first encountered Menachem Wecker earlier this year when he contacted me about my book Art That Dares: Gay Jesus, Woman Christ, and More. His book review appears in New York Arts Magazine.

Posted by Kittredge Cherry at 2:21 PM No comments: 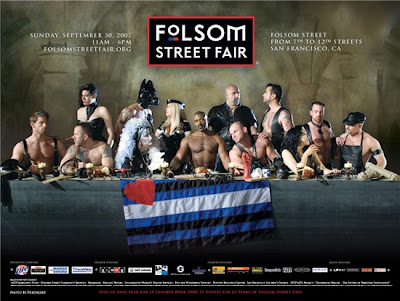 Debate continues about the Leather Last Supper pictured on a poster for the recent Folsom Street Fair.

GLBT people posted many insightful comments both pro and con in response to my previous post about the image, which conservative opponents say shows Jesus and his disciples as “half-naked homosexual sadomasochists.” Iconia, a blog about religion and art, asked to interview me about the Leather Last Supper.

Most of the comments appear at MyOutSpirit.com’s Gay Spirituality blog, where my Leather Last Supper essay is cross-posted. Here are a few highlights:
________

“The image seems to play up the division between leather and drag - both of which, along with the rest of the fetish community, are traditionally seen as betraying the gay rights movement by those who more easily ‘blend in’ (ie, white, middle class males)…”

“Sex tools are a medium for ecstatic/transcendent experience. Might they, symbolically, become sacramental, too, if we are aiming to approach queer sexuality in a way that elevates it as a spiritual/sexual experience that can take us out of our bodies and help us approach the ecstatic oneness of creation?”

Be sure to visit MyOutSpace.com's Gay Spirituality blog to read the comments in whole. It's packed with lots of other fascinating insights on queer spirituality, too.

Posted by Kittredge Cherry at 3:35 PM No comments: 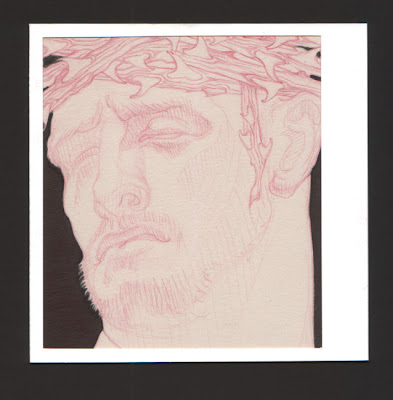 Passio by Gary Speziale
Readers will get to experience the Passion of a queer Christ when my novel At the Cross is published in early 2008.

I’m in the final stages of proofreading the typeset galleys of At the Cross, the sequel to Jesus in Love. As I reread and revise the book for the last time, I feel that this second volume may be the better half because it includes the dramatic Passion narrative.

At the Cross should be available next year in time for Lent, the pre-Easter season when Christians reflect on Christ’s arrest, trial, crucifixion, death and resurrection. In 2008 Lent begins Feb. 6.

Development of the cover for At the Cross is also underway. The image above is a drawing by Gary Speziale, the openly gay New York artist who did the cover illustration for Jesus in Love. Gary and I hope that the cover of At the Cross will embody a similar spirit. Gary is one of the 11 artists that I profiled in my book Art That Dares: Gay Jesus, Woman Christ, and More.

Originally the two novels Jesus in Love and At the Cross formed one long manuscript, a fictional autobiography of a bisexual Christ. My editor at AndroGyne Press and I decided to split it into two separate books. Readers can choose to focus on Jesus’ upbeat early ministry in Jesus in Love, or to take the darker journey all the way to the cross and beyond.