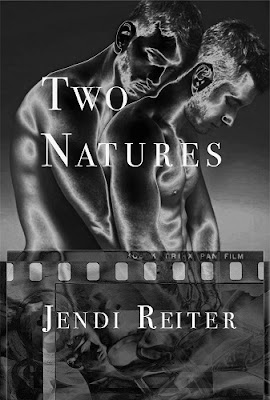 A gay fashion photographer who was raised Southern Baptist moves to New York City for a sexual and spiritual odyssey during the AIDS crisis of the early 1990s in “Two Natures” by Jendi Reiter.

The dense and varied literary coming-of-age novel ranges from comic scenes that could easily become a hit movie to the explicitly sexual and the touchingly tragic. Reiter brings alive LGBTQ touchstones of the era: the visit from out-of-town and out-of-it parents to their closeted son, the AIDS death and awkward funeral, and so on.

Jendi Reiter is a first-class poet and essayist, and her Reiter’s Block is one of my all-time favorite blogs. While reading "Two Natures," I sometimes wished for more of her incisive interpretations rather than her narrator’s witty voice leaving the reader to draw their own conclusions.

Female characters and experiences such as abortion are also portrayed well in “Two Natures.” Perhaps this is not surprising for an author who recently came out as a “genderqueer femme” on her blog.

Raised by two mothers on the Lower East Side of New York City, Reiter is able to portray New York with the casual realism of a native. Now living in western Massachusetts, she is a member of the Episcopal church and experienced first-hand how LGBTQ issues tore apart church groups, including the writing group where she was working on the earliest drafts of “Two Natures.”

Religious references in her novel are subtle… as are the allusions to AIDS in most of the first half of the 376-page novel. Julian finds no easy answers as he wrestles with his faith.

The title is based upon the two natures of Christ, who is fully human and fully divine in the eyes of believers. Julian observes:

If what the preachers said about Christ's two natures was true, I didn't know how he could stand his life anyhow, being split down the middle between the part of him that remembered heaven and the human part that would have touched me back.

I did find myself wondering sometimes whether gay men actually thought like her narrator Julian. I dared to explore this same challenging territory myself, writing as a lesbian author from the viewpoint of a queer male Christ in my “Jesus in Love” novels.

I can only say that “Two Natures” got rave reviews from gay male reviewers whom I respect. Toby Johnson called it “a pleasure to read” and Amos Lassen declared, “We all know someone like Julian and many of us see ourselves in him… You owe it to yourselves to read this wonderful novel.”

As art historian, I especially enjoyed the way that some of Julian’s spiritual reflections were provoked by art. For instance, Julian’s inner spiritual conflict is portrayed at first through his responses to “Piss Christ,” a controversial photograph by Andres Serrano. A stylist book trailer also gives sophisticated visual form to the story with public domain archival photos.

The novel is also significant as an example of how a new generation tries to make sense of an AIDS crisis that they were too young to experience firsthand. I happened to read “Two Natures” at the same time that I was rereading my own journals for an oral history interview about doing AIDS ministry at Metropolitan Community Church of San Francisco in the late 1980s. Perhaps no novel can capture the agony, ecstasy and desperate intensity of those times.

Julian never found the kind of LGBTQ-affirming church home that we provided at MCC-SF. Sadly that may be true for many young gay men in the early 1990s, and even now. But there’s good news: Reiter is already working on a sequel. Julian will have another chance to find long-term love and a gay-positive spiritual community, with readers invited along for the ride.

Available now to preorder at Amazon