Symeon of Emesa and John: Holy fool and hermit who loved each other 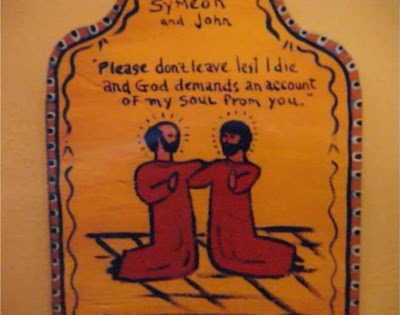