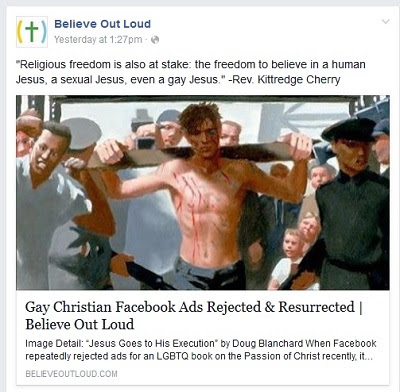 Two major new articles take an in-depth look at the controversy over repeated rejections of Facebook ads for the gay Passion of Christ book.

Believe Out Loud, a group promoting LGBTQ equality in the church, explored how the Passion ads raise larger issues of religious freedom on March 23 in:

Both articles are by Kittredge Cherry, author of “The Passion of Christ: A Gay Vision” and founder of the Jesus in Love Blog. 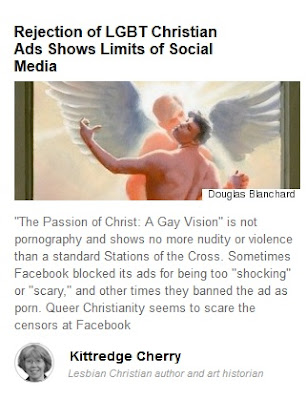 A news report also appeared in the Christian Times on March 28 titled, “The Passion of Christ: A Gay Vision' ads rejected by Facebook, art book offends depicting Jesus as a homosexual.”


Posted by Kittredge Cherry at 6:12 PM