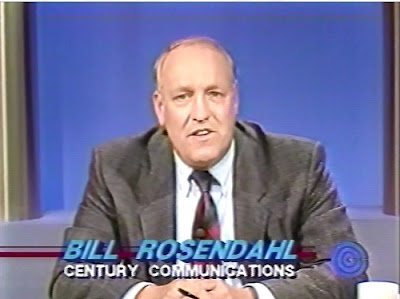 I light a memorial candle for Bill Rosendahl, an early supporter of LGBT Christianity and the first openly gay man on the Los Angeles City Council. He died March 30 at age 70.

Bill made a big impression on me personally when he invited me to be a guest on his cable TV talk show “The God Squad” in 1993.

He reached out to me because I was public relations associate for the Metropolitan Community Churches denomination, and he wanted to include the LGBT perspective in his program. On each show a diverse group of clergy discussed news events and social issues from a religious viewpoint. 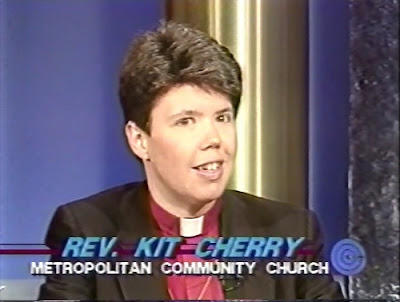 MCC founder Troy Perry was enthusiastic as soon as he heard about my invitation to appear on “The God Squad.” He explained that Bill was a closeted gay man and a huge supporter of LGBT rights, including our religious rights.

I was a nervous young lesbian clergywoman when I arrived at the Century Cable studio for the show, but Bill immediately put me at ease with his warm welcome and fair-minded approach to controversial topics.

I felt a bit awed by Bill and some of the other panelists, including seasoned publicists for the Roman Catholic Archdiocese and the Islamic Center. I tried to rise to the occasion as he asked us to comment on topics of international importance such as NAFTA and the break-up of Yugoslavia. I must have done OK because Bill asked me back at least two more times in 1993. 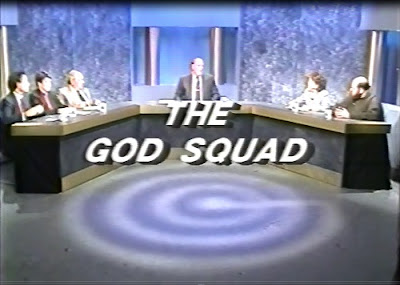 Later Bill came out publicly as a gay man and in 2005 he was elected to the L.A. City Council.

I learned more about why Bill took the risk of including LGBT religious views on “The God Squad” from his obituary in the Los Angeles Times. It said he was the son of German Catholic immigrants who fled Europe during Adolf Hitler’s rise to power, adding:

For years, Rosendahl had been quietly visiting gay bars and introducing himself with a fake name. He said he was conflicted about his sexuality because of attitudes toward gays and lesbians in the Catholic Church.

Most other tributes to Bill Rosendahl rightly focus on his later accomplishments as City Councilman, but I will always remember him as the man who used his postion to ensure that queer voices were heard on “The God Squad.”

May Bill Rosendahl join the LGBTQ saints in the great “God Squad” in heaven!

Copyright © Kittredge Cherry. All rights reserved.
http://www.jesusinlove.blogspot.com/
Jesus in Love Blog on LGBT spirituality and the arts
Posted by Kittredge Cherry at 5:41 PM