New in Oct: LGBTQ Christian books “Unclobber,” "I Love to Tell the Story," "Blackpentecostal Breath," “Only Say the Word” and “Two Natures” 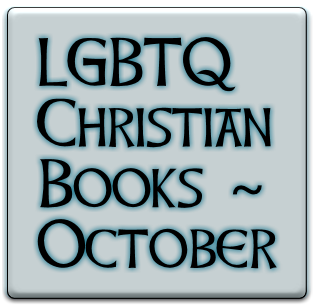 They are “UnClobber: Rethinking Our Misuse of the Bible on Homosexuality” by Colby Martin, “I Love to Tell the Story: 100+ Stories of Justice, Inclusion, and Hope” by Nancy Wilson, “Blackpentecostal Breath: The Aesthetics of Possibility” by Ashon T. Crawley, “Only Say the Word” by Scott D. Pomfret and “Two Natures” by Jendi Reiter.

“UnClobber: Rethinking Our Misuse of the Bible on Homosexuality” by Colby Martin

“Unclobber” is part LGBTQ-affirming Bible study and part memoir of a millennial evangelical. Six “clobber passages” of scripture used to exclude LGBTQ people are examined in chapters that alternate with the author’s own story of being fired from an evangelical megachurch when they discovered his progressive stance on sexuality. In a highly readable style, Martin writes of how he went from being “oversaved” to affirming that scripture does not condemn loving, committed same-sex relationships. The author is co-pastor of Sojourn Grace Collective, a progressive Christian church in San Diego. Foreword by author Glennon Doyle Melton. Priced at less than $9 on Amazon. Published by Westminster John Knox Press.

“Blackpentecostal Breath: The Aesthetics of Possibility” by Ashon T. Crawley.

This innovative interdisciplinary book brings together queer theology, black studies, womanist theory and performance studies to examine alternative or “otherwise” ways of being. For example, Blackpentecostal music and worship styles create an aesthetics that makes it possible to resist and critique of normative, repressive culture. The author is assistant professor of Ethnic Studies at University of California, Riverside. Crawley grew up in a Blackpentecostal home where both his parents -- and he himself -- were clergy in the Church of God in Christ, the largest Blackpentecostal denomination. “I accepted my own queerness and began to, in earnest, interrogate theologies of sex and sexuality that were repressive and diminished folks’ capacities for flourishing and vitality,” he said in an interview about the book at The New Inquiry. Published by Fordham University Press.

“I Love to Tell the Story: 100+ Stories of Justice, Inclusion, and Hope” by Nancy Wilson

This collection of true stories from the LGBTQ faith community will bring laughter, tears, insight and hope. Sections cover love and marriage equality, pastoring, death and funerals, hate and violence, laughter, portraits, kids and angels, MCC’s first decade, earthquakes and MCC buildings, sexuality and ecumenical adventures, and White House encounters. She draws on four decades of ministry and activism and ministry in MCC for motivational, educational stories of pastors and porn stars, presidents and persons with AIDS, and many more. This looks like an LGBTQ Christian version of “Chicken Soup for the Soul.” Cute story titles include “And a Little Dog Shall Lead Them” and “A Queer Christmas Dinner.” Wilson is retiring this year as Moderator of Metropolitan Community Churches. Published by CreateSpace.

“Only Say the Word” by Scott D. Pomfret.
.
An openly gay man is wounded in an assassination attempt when he rejoins the Catholic church after a long estrangement in this gripping novel. He heals others but gets injured by an abused former altar boy. Only his atheist boyfriend and a single disgraced priest can save him from catastrophic injuries. The story unfolds in Boston during the battle for marriage equality, AIDS activism, the scandal of pedophile priests, culture wars and political corruption. The Massachusetts author has written a variety of books, including “Since My Last Confession: A Gay Catholic Memoir.” Published by Ninestar Press.

A gay fashion photographer who was raised Southern Baptist moves to New York City for a sexual and spiritual odyssey during the AIDS crisis of the early 1990s in “Two Natures.” This stylish debut novel from a gifted poet is a rare combination of erotic romance and intelligent reflection on Christian faith. Narrator Julian Selkirk seeks glamor and often-fleeting romance to replace the religion that rejected him. Experience teaches him to see beyond shame, surface attractions and short-term desires. Based in Massachusetts, Reiter is the author of several poetry books and co-founder of WinningWriters.com. Published by Saddle Road Press. Fore more info, see “Two Natures” explores sexuality and spirituality during AIDS crisis by Kittredge Cherry.

Posted by Kittredge Cherry at 8:49 AM