Louie Clay Poem: Christ, what did you feel when your beloved John lay across your lap? 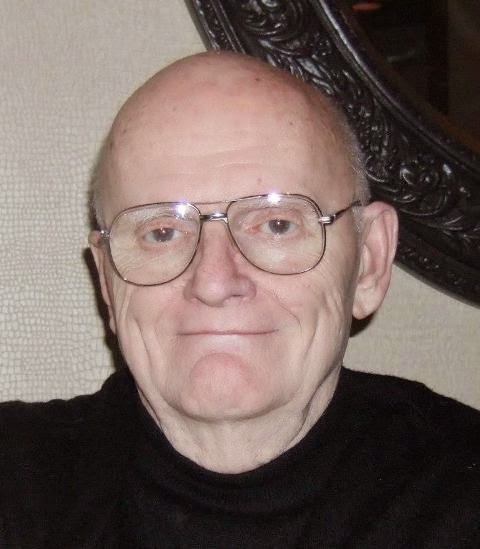 Born in Alabama in 1936, Clay is professor emeritus of English at Rutgers University. He is best known for his long and successful campaign for LGBT equality in the church.

He was way ahead of his time in many ways -- in 1974, when he founded Integrity USA, the national Episcopal LGBT organization. And in 1980, when he wrote this poem imagining the possibility of a queer Christ.

Clay sometimes uses the pen name Quean Lutibelle. After almost 40 years together, he married Ernest Clay in 2013 and assumed his husband's last name. As for the title of the poem, “Werc” is “Crew” spelled backwards.


Lutibelle Prays: William Werc's Prayer
By Louie Clay (né Louie Crew)
I come here to your cross, Christ,
a raging quean.
I want to walk with my head high,
a child of God,
but I am feeling too much
like the scum people take me to be.
Sometimes I get downright campy
and want to shout at them,
"Why do you think God chose twelve of his own
kind to be nearest!?"
but then I don't really believe you're
some macho male riding a chariot
and wielding a whip, or that you are really
male or female at all,
though I suspect
that when you were enfleshed as Jesus
your juices were not lactation.

What did you feel when your beloved John
lay across your lap casually?

Now you seem trapped above this altar,
as if the Romans really were successful
and rid the world of any fresh response
you might have for it or for me.

I wonder if what I what I need is a break
from being quean?
Maybe you should
take away my regnum and give me back
a Pennypress suit and a lower middleclass
seat on the vestry.
But put me somewhere else,
where the people in the next pew
don't think I'm different.

["Maybe he's just never found Miss Right.
Besides, bachelors aren't all queers.
Some of them are even good to their mamas
when they get old!"]

But here all know, Jesus,
and they'll never allow me
to teach Sunday School
or to be a lay reader,
or even to have lunch with the rector
--or if I do, I'll have to endure
the rector's notion of who I am
with every sip of my coffee
--is my pinkie showing?
Maybe if I just go to a new town
and am very quiet about it all,
lie low, as it were,
play tennis and jog a lot,
they'll spend some of this time
seeing me as the good salesman I am.
I mean, do they hate queers as much
in Chicago, New York, or San Francisco?
I wish my company had a branch
in one of those places.
Even their bishops claim to love us,
though clergy do throw love
around very glibly.
I wonder if they'd love a son or a daughter
who is one?

I wish you'd talk back, God.
I'm one weary quean
with all of these folks
kneeling around me.
Sometimes I think
they're not praying about themselves,
but just about me,
telling you all of their fears
as if I had not already told you the truth.

But I probably occupy no more space
in their prayers than does a bug
which one mindlessly avoids
so as not to waste time squashing it.

Yes, Jesus, back at self-pity,
badly this time
--as much of a venereal disease
as any quean requires!
Maybe I should just stick with the Prayer Book,
which makes me come across
as much more noble
than I really am;
and at least it keeps me from looking
only at myself.

I can't believe
you want this groveling, Jesus.
Help me to stand on my own two feet.
God save this quean!


Postscript:
In the decades since the poem was written, God has answered the last two sentences in the prayer in amazing ways: Crew’s 2013 wedding legalized a loving commitment made in 1974… and same-sex marriage is gaining recognition in many churches and states.


Ernest Clay, left, and Louie Crew were legally married on August 22, 2013.  This photo shows the happy couple, newly married. (Wikimedia Commons)
The poet himself can be heard reading the poem on YouTube at:
http://www.youtube.com/watch?v=xb6dZjTi6CQ

Clay’s writing has been published widely, with more than 2,300 poems, articles, and essays in print. Books that he edited include “A Book of Revelations: Lesbian and Gay Episcopalians Tell Their Own Stories,” a 1991 collection of 52 biographies, and “The Gay Academic” (1978). He was elected to serve on the Episcopal Church's 38-member executive council from 2000 to 2006.

Posted by Kittredge Cherry at 8:40 AM