Video: Imagine if the queer martyrs had lived

Imagine what would have happened if modern queer martyrs like Harvey Milk and Matthew Shepard were not killed before their time?

A moving video shows the headlines they might have made. In this beautiful world without hate, Harvey and Matthew lived long, productive lives -- and so did Martin Luther King, Anne Frank and many other martyrs for justice.

I'm posting it here for All Saints Day, All Souls Day and Day of the Dead (Dia de los Muertos).

The video “Imagine a World Without Hate” was produced by the Anti-Defamation League, a civil-rights group fighting anti-Semitism and all forms of bigotry. 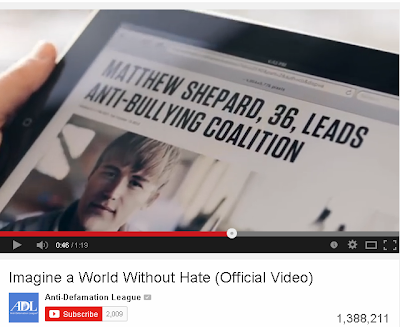