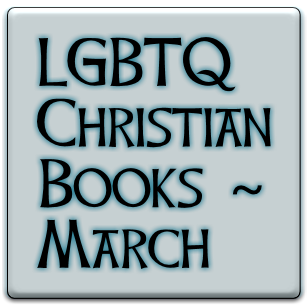 “Between These Walls: A Novel” by John Herrick.
A young Christian man confronts his fears when his secret attraction to men is exposed in “Between These Walls: A Novel” by John Herrick. The author reveals the main character’s experiences in an accessible, neutral way for a mainstream audience. His goals include “to help readers find a friend, especially any readers who might be wrestling the same way the character does,” “to illustrate how hurtful judgment is” and “to show that his attraction to other men is no indicator whatsoever of his love for the Lord,” he said in an interview with the Jesus in Love Blog. Herrick promises a unique ending that allows readers to interpret it however they want. A news report about bullying of a gay teen helped motivate Herrick to write the novel.

“Odd Man Out” by Joseph R Murray II.
A former insider from the Christian Right describes his journey to becoming an openly gay attorney with a civil rights practice in Mississippi.

“Walking Toward Resurrection: A Transgender Passion Narrative” by Shannon T.L. Kearns.
A queer theologian unpacks the Passion by putting it into conversation with his own transition as a transgender man in this collection of essays.

“Gay Jesus Cometh” by Alexander Flores.
In this graphic novel, “a messiah named Gay Jesus arrives on earth to save homosexuals from the evils of global homophobia,” according to its official description. The work is the latest installment in “LGBT Bible,” an entertaining comic book series that adds a queer perspective to Biblical stories It was written and illustrated by Pastor Alexander Flores, who was born in Colombia in 1966, raised in New Jersey and currently lives in Los Angeles.

Posted by Kittredge Cherry at 12:31 AM