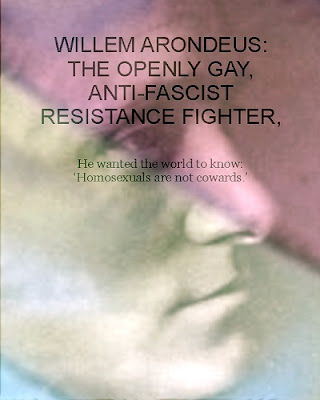 Suggestions for an art series on the LGBT civil rights movement are requested by New York artist Stephen Mead.

He wants to present pre-Stonewall figures, especially the obscure and unsung, with his new LGBT series.

In addition, Mead responded to the recent mass shooting at the Pulse gay nightclub in Orlando by issuing a special invitation. Victims and their loved ones are invited to share their stories and photos for the new LGBT art series. “The only legacy I can think of at the moment, against terrorism, is love,” he said.

Mead is a gay mixed-media artist and poet. His work has appeared internationally in books, galleries and cyberspace, including here at the Jesus in Love Blog. He often addresses spiritual themes or reveals the spiritual dimension within secular subjects.

Images, ideas and stories may be submitted to Mead via email.

“I am working on montages for this series tentatively titled ‘From Nostalgia Though Now and Beyond’ as a way of paying homage to the international LGBT Civil Rights movement, especially prior to Stonewall, where so many lived ‘in the life’ but unsung,” Mead said. “I see this as an ongoing series as I learn of new stories and imagine either gathering them on a website such as Weebly or published through CreateSpace, but I am open to ideas as to what presentation platform might works best.”

He has already created several photo-montage images for the series, including a tribute to Willem Arondeus, a gay Dutch artist who participated in the Nazi resistance movement and died in the Holocaust. His last message before his execution was, “Let it be known that homosexuals are not cowards.” 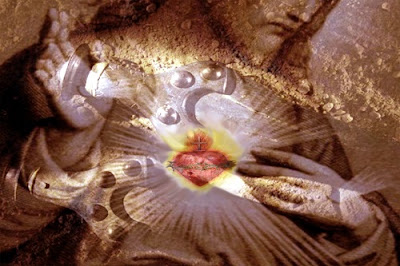 “Sergius and Bacchus Eternal Love in Thee” by Stephen Mead
The new series also includes religious figures such as Sergius and Bacchus, a pair of third-century Christian martyrs who are often considered gay saints.

“The swords side by side at the bottom-most layer represent the layers of history burying the lovers who are still symbolized by the power within their proximity. The Jesus and Sacred Heart message of course represents both the theory that Jesus loved all, but that it was not anathema to be gay, soldiers, a couple, and religiously devout,” Mead explained. 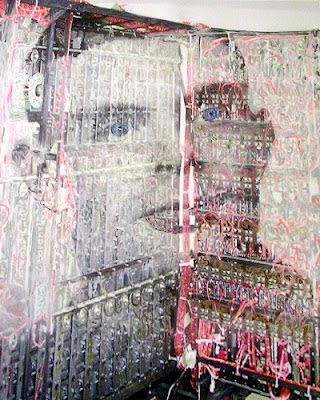 “We Beg Your Pardon, Sir Alan Turing” by Stephen Mead
In a related series, Mead has created hundreds of images of Alan Turing, the British computer scientist and codebreaker who was driven to suicide in the face of “chemical castration” after his conviction for homosexual acts. The images are featured on a short-collage film at Vimeo.


Alan Turing, the Soul of the Man Beyond the Verdict, Beyond the Machine from Stephen Mead on Vimeo.
Mead’s most recent book is “According to the Order of Nature (We too are Cosmos Made): Art and Text for Gay Spiritual Sensuality.” published in 2016. This mixed-media series of paintings aims to reverse persecution, exploring LGBT sensuality for its spiritual roots and profound bonding. The cover image is “No Doubts, Thomas,” a reference to the apostle Thomas, who doubted Christ's resurrection until he could see and feel the wounds that Jesus received on the cross. 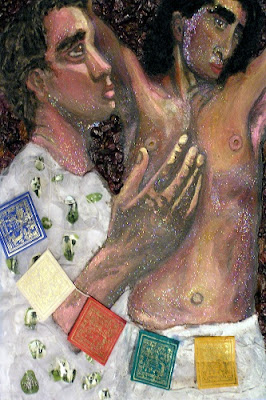 “No Doubts, Thomas” by Stephen Mead
His previous work on the Jesus in Love Blog includes “The Last of Laramie” (inspired by Matthew Shephard) and “Kuan Yin is Coming.” Other books by Mead include “Our Book of Common Faith,” which features his lyrical Laramie painting dedicated to Matthew Shepard. For more about Mead and his art, see the previous post “Gay Artist Links Body and Spirit.”

___
This post is part of the Artists series by Kittredge Cherry at the Jesus in Love Blog. The series profiles artists who use lesbian, gay, bisexual, transgender (LGBT) and queer spiritual and religious imagery. It also highlights great queer artists from history, with an emphasis on their spiritual lives.

Posted by Kittredge Cherry at 8:20 AM