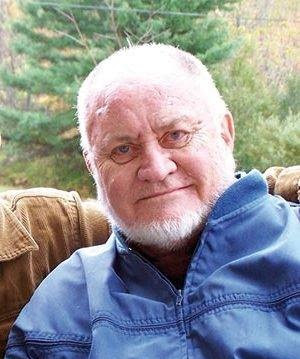 John J. McNeill was a pioneering gay priest, psychotherapist, author, theologian and Jesuit scholar who inspired countless LGBTQ people of faith and their allies. He died one year ago today on Sept. 22, 2015 in a hospice in Fort Lauderdale, Florida, with his partner of 49 years, Charles Chiarelli, at his bedside. He was 90.

For a new version of this article, click this link to Qspirit.net:
John McNeill: Pioneering gay priest who inspired LGBTQ people of faith


The National Catholic Reporter called him a “patron saint of LGBT Catholics” in the headline for his obituary.

McNeill began ministering to lesbian and gay Catholics in the 1970s, helped give birth to the LGBT Catholic organization Dignity in 1974, and wrote the groundbreaking 1976 book “The Church and the Homosexual

.” He was silenced by the Vatican and expelled from the Jesuit order for coming out and promoting LBGT rights in church and society.

I first met McNeill in 1987, soon after he ended his silence. He came to preach at Metropolitan Community Church of San Francisco, where I was serving on the clergy staff. He filled the church with a large and adoring crowd, and yet when I had the chance to greet him personally he seemed grounded and ready to focus his warmth on each individual interaction. I was impressed by his powerful-yet-gentle presence and the intellectual force behind his liberating theology.

McNeill became a colleague, inspiration and friend who supported virtually all my book projects over the next 28 years. He spent hours on the phone providing me with background material for my coming-out guide “Hide and Speak,” and eagerly wrote endorsements for my other books.

He went on to write more books on LGBT spirituality, including “Taking A Chance on God

” and “Both Feet Firmly Planted in Midair

Conflicts between McNeill and the Vatican spanned decades, including a 2011 trip to Rome where he delivered a letter addressed to Pope Benedict XVI asking the church to condemn violence against LGBT people.

So it seems like no coincidence that McNeill died on the same day that Pope Francis arrived on his first visit to the United States. The timing of his death spared McNeill the pain of seeing the US media glorify the Pope while he slighted the suffering and needs of LGBT people. In another sense, McNeill's timely death passed the baton for the Pope to carry the holy effort to bring love and justice for all.

His life story is told in 2012 film “Taking A Chance on God.” It was directed by Brendan Brendan Fay, who co-produced “Saint of 9/11” about Father Mychal Judge. A trailer is online at YouTube.

Memorial gifts can be made to the John J. McNeill Legacy Fund, established by his family to provide support for the preservation and dissemination of his writings, lectures, and teachings.

May Father John McNeill join Christ and all the saints in heaven who provide a continual source of inspiration and assistance for LGBTQ people of faith. Rest in power, Father John!
___
Related links

___
For more info, see previous posts at Jesus in Love:


___
This post is part of the LGBTQ Saints series by Kittredge Cherry. Traditional and alternative saints, people in the Bible, LGBTQ martyrs, authors, theologians, religious leaders, artists, deities and other figures of special interest to lesbian, gay, bisexual and transgender and queer (LGBTQ) people and our allies are covered.

Posted by Kittredge Cherry at 5:14 PM