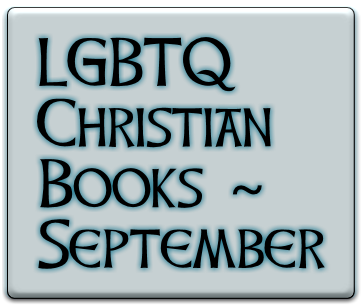 Liberating sexuality, the Apostle Paul's gay love affair and church conflict over LGBTQ people are explored in new books this month -- plus a new children's book affirms God's love for all, including queer families.

The books are “Liberating Sexuality: Justice Between the Sheets” by Miguel A. De La Torre, “The Secret Love Letters of Saint Paul” by Bern Callahan, “The Good News about Conflict: Transforming Religious Struggle Over Sexuality” by Jenell Paris and “Faithful Families” by Megan Rohrer.

“Liberating Sexuality: Justice Between the Sheets” by Miguel A. De La Torre.

An ethicist gives a liberating new Biblical look at sexuality -- including androgynous Jesus, heterosexism, masturbation, and confronting racism in one’s sexual desires. Chapters have titles such as: “Why Does God Need a Penis?” and “Confessions of a Latino Macho: From Gay Basher to Gay Ally.” The intersections of religion with sexuality, gender, race, and class are explored in a highly readable book. Overcoming oppressive traditions of Biblical interpretation leads to healthy sex and discovering the goodness of our created, embodied selves. Born in Cuba and raised in the Catholic and Santeria traditions, the author is an ordained Southern Baptist minister who teaches Christian social ethics at Iliff School of Theology. Published by Chalice Press.

“The Secret Love Letters of Saint Paul” by Bern Callahan.

Same-sex romance blossoms between the Apostles Paul and Timothy of the New Testament in a daring and suspenseful novel. The gay historical romance switches between their love affair soon after the death of Christ and a story set in the near future, when young priest Finn McDonagh finds the secret love letters from Paul to Timothy. The discovery of the letters leads to intrigue in the in the homophobic corridors of the Vatican. The fictional format allows for exploration of Paul’s inner contradictions as a charismatic preacher with a reputation for being sex-negative as he opened up the Roman Empire to Christianity. The author brings a rare insider/outsider viewpoint as a former Roman Catholic priest who embraced Buddhism and became a meditation teacher. He lives in Vancouver, Canada with his partner. Published by Booklocker.com.

“The Good News about Conflict: Transforming Religious Struggle Over Sexuality” by Jenell Paris.

New ways to face church conflict over homosexuality and LGBTQ issues are presented with depth and sensitivity by an anthropology professor from Messiah College in Pennsylvania. She suggests peacemaking practices that will ease the stalemate by cultivating maturity. Foreword by Doug McConnell, provost of Fuller Seminary. Endorsed by theologian Megan DeFranza and many evangelical LGBTQ-affirming authorities, including Alan Manning Chambers and Samantha Curley of Level Ground. Published by Cascade Books, an imprint of Wipf and Stock.

BESTSELLER AT JESUS IN LOVE
“Faithful Families” ” by Megan Rohrer.

This children’s book reminds kids that God loves them, no matter what their family looks like -- even if they have two mommies or two daddies. It was inspired by the many families and children at the child care center of San Francisco's Grace Lutheran Church, where the author is pastor. Rohrer co-wrote it with Pamela Ryan, director of the center for more than 30 years. It is illustrated by Ihnatovich Maryia and aimed at children up to 8 years old. Rohrer is the first openly transgender pastor ordained in the Lutheran Church. Published by Wilgefortis Press. For more info and a sample page, see First-ever LGBT religious children's books published.

Posted by Kittredge Cherry at 8:57 AM