The Queer Spirituality of Lady Gaga 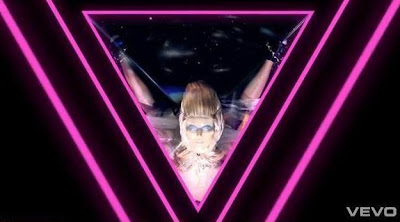 Lady Gaga, the global pop music sensation, is known for her strong lesbian, gay, bisexual, and transgender (LGBT) following. Whether it’s due to her fabulous wardrobe and makeup, her visually stunning music videos, her strong statements in support of LGBT rights, or her androgynous aesthetic, Gaga has cultivated a dedicated LGBT fan base over the last few years.

With the May 23 release of her most recent album, Born This Way, Lady Gaga has shown that she is much more than just a queer cultural icon. She is also a queer spiritual evangelist who refuses to shy away from controversial religious topics. Indeed, the provocative lyrics of several songs in Born This Way challenge, or “queer,” a number of deeply-held theological beliefs.

For example, in her title track “Born This Way” (see video below), Lady Gaga queers the classical Christian notion of original sin. Instead of understanding human beings as being fallen at birth, Gaga strongly affirms the intrinsic goodness of all persons. According to Gaga, we are “all born superstars” and that “God makes no mistakes.” In Gaga’s words, “Don’t be a drag – just be a queen.” Despite being “outcast, bullied, or teased” – as many LGBT children and youth are today – we are called to love ourselves unconditionally.

In “Black Jesus † Amen Fashion,” Lady Gaga uses the symbol of the Black Jesus to disrupt our conventional thought patterns, theological or otherwise. According to Gaga, this song is about her experiences of moving to downtown New York City at the age of 19 and experiencing an entirely new way of thinking. By lifting up the Black Jesus, Gaga challenges our deeply-held assumptions about faith, which is precisely what Black liberation theologians have done since the late 1960s. In this song, Gaga proclaims that “Jesus is the new black,” and calls on the Black Jesus to “Work it.” She challenges us to embrace a new way of seeing, which should be just like putting on new clothes and “fashion.”

In “Bloody Mary,” Lady Gaga lifts up the divine feminine, which parallels what feminist theologians have done for decades in the face of patriarchal religious oppression. According to an interview in the UK’s New Musical Express magazine, Gaga said that “Bloody Mary” is about exploring both the humanity and the divinity of the biblical figure of Mary Magdalene. Speaking in the voice of Mary Magdalene in the song, Gaga vows to be strong – to the point of being superhuman – in the face of Jesus’ crucifixion. She says that “I won’t cry for you,” despite the fact that she is afraid of dying alone (“J’ai peur mourir toute seule”).

Finally, in the provocative song “Judas” (see video below), Lady Gaga challenges the traditional demonization – or scapegoating – of Judas Iscariot. Although Judas is normally seen as the ultimate betrayer of Jesus Christ, Gaga sings “I’m in love with Judas” throughout the song. Although Jesus is Gaga’s “virtue,” Judas is the “demon” that she clings to. In the music video, Lady Gaga rides with the leader (that is, the Christ figure) of a 12-member motorcycle gang. However, Gaga is attracted to another biker, the Judas figure. Gaga has the chance to shoot Judas, but she does not do so. Instead, Gaga is stoned to death by those around her.

As I have written elsewhere, “Judas” reminds me of the second-century gnostic Gospel of Judas. According to that non-canonical gospel, Judas is actually the most loyal of the twelve apostles. He is the only apostle who truly understands Jesus’ mission. That is, Judas is simply following Jesus’ command by turning him over to the authorities. As such, Judas is the but-for cause of our salvation! For me, the song “Judas” challenges us to rethink our assumptions about salvation and to examine more closely the ways in which our faith traditions often scapegoat the “other,” including LGBT people.

In sum, Lady Gaga’s new album, Born This Way, is an exciting new expression of queer spirituality. Hopefully it will provoke much discussion among LGBT theological, religious, and spiritual enthusiasts in the weeks and months to come.

Patrick S. Cheng is the Assistant Professor of Historical and Systematic Theology at Episcopal Divinity School in Cambridge, MA. He writes for the religion section of the Huffington Post, and he is the author of Radical Love: An Introduction to Queer Theology

. For more information about Patrick, see his website at http://www.patrickcheng.net/index.html.

Great post. I wrote this song some years ago to teach social justice. When I see Lady Gaga on the tube these days, I remember the lyrics. I think they align with your theme here. I wrote a piece about Lady Gaga from another perspective last week. It's about how she challenges us--and she's always challenging us...arguably, in much the same way Jesus did. Anyway, here's how the song starts. The song and post would be too much to add here without taking advantage of your space. So I'll just leave you with this and my gratitude for all you do.

TO CARE OR NOT TO CARE

Life is tough wherever we go
Taking its toll on our innocence.
We're so desperately searching for heroes
To show us a way that makes some kind of sense.

Candles melt from the inside out
Showing us where the real work begins.
Every heart learns what love's truly about
When we reach past the fear we may feel deep within.

Not being much into the modern musical scene, this was in fact my first introduction to Lady Gaga. I admit to being very, very impressed. Thanks to Cheng for a magnificent and thoughtful analysis, and to you for posting it AND the video clips. I'm still not sure I really LIKE the genre she represents, but now at least I know what it's all about.

This is wonderful. I've been thinking about this topic ever since reading Toby Johnson's essay at MyOutSpirit. Its all awakening things in my understanding and consciousness about christology that I haven't really thought about since I first left the cloister (Benedictine) now more than 25 years ago!

As always, very amazing an thought provoking pieces here Kitt at my beloved Jesus in Love!

Lady Gaga seems to evoke a wide variety of responses from different people. Diane (DM), thank you for sharing your lovely poem turning the existential "to be or not to be" into a question of caring versus apathy. I often recall the words of AIDS activist Jack Pantaleo: "The real miracle is that anybody cares at all." I like your statement that Lady Gagae “challenges us… in much the same way Jesus did.” You are one of several friends who blogged about Lady Gaga recently.

I will list some other links here so other Lady Gaga fans may enjoy them.

Creativity and Other Life Qualities Blog by DM Solis

I’ll be happy to add more if other friends have blogged about Lady Gaga lately.

Trudie, like you I did not know much about Lady Gaga until recently, even though she has a huge LGBT following and does a lot for LGBT causes. So I decided to ask Patrick to write about her instead of writing about her myself.

Sage, thank you for letting me know that you were once in the Benedictine cloister. That helps explain the basis of your gentle spirituality. Thanks for the elegant way that you presented this post at your blog.