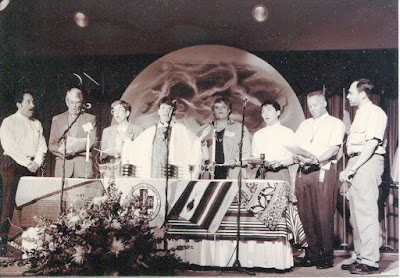 Happy birthday to Metropolitan Community Churches! And thanks for 47 years ministering in the LGBT community. MCC was founded 47 years ago today on Oct. 6, 1968.

Photos from MCC history are posted today for the first time in honor of the occasion, and as a tribute to all queer people of faith who dare to believe that God loves us just as we are.

The photos here show highlights from my own ministry in MCC during the 1990s. I had the privilege of working closely with Rev. Troy Perry, the openly gay man who founded MCC. He was incredibly brave and visionary to create a church for queer people back in 1968, when homosexuality was still considered a sin, a sickness and a crime. He describes the founding and early years of MCC in the book Don't Be Afraid Anymore: The Story of Reverend Troy Perry and the Metropolitan Community Churches

I joined MCC in 1985 and became an ordained minister. I served as program director at MCC San Francisco. Then I joined the denominational headquarters in Los Angeles, where I handled ecumenical and public relations, working with Troy and Rev. Nancy Wilson, who currently heads MCC as moderator. She chronicles the history of MCC in her book “Outing the Church: 40 Years in the Queer Christian Movement.”

I try to post some of my historic MCC photos every year on MCC’s anniversary. This year I am sharing many of Nancy and me doing ecumenical ministry together. The photos capture just a few moments from those memorable times.

Details about the photo at the top of this post: Pictured are, from left, John Torres (?), Jay Neely, unknown, Kittredge Cherry, Rev. Elder Jean White, Rev. Elder Hong Tan, unknown, and Ravi Verma. This worship service was co-sponsored by the Department of Ecumenical Witness and Ministry and the Department of People of Color. I was ecumenical field director at the time. 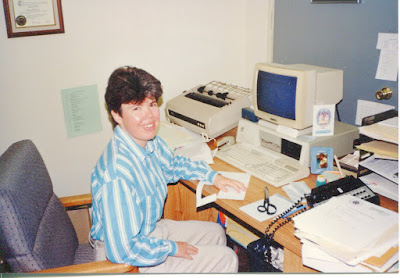 My old IBM computer was HUGE and already outdated, but I was using it in 1994 when this photo was taken in my office at MCC headquarters in Los Angeles. 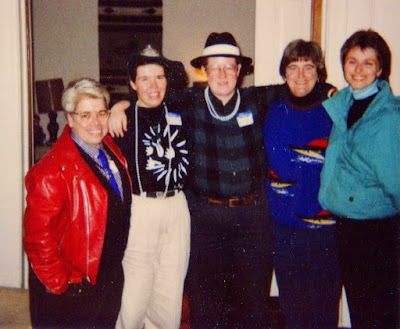 Women clergy having fun together in 1991. From left: Betty Pederson, Kittredge Cherry, Audrey, Jane Spahr and Coni Staff. Betty, Coni and I were all MCC clergy at the time. We were at my farewell party as I prepared to leave San Francisco to minister in Los Angeles. Janie has been an activist for since the 1970s as a Presbyterian minister, facing church trials for breaking church law to marry committed same-gender couples. 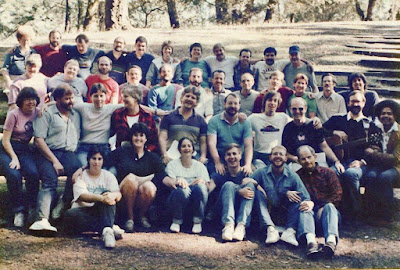 MCC San Francisco's 1986 All-Church Retreat, October 1986. Those were the days! Retreats were the highlight of the year at MCC-SF in the late 1980s. 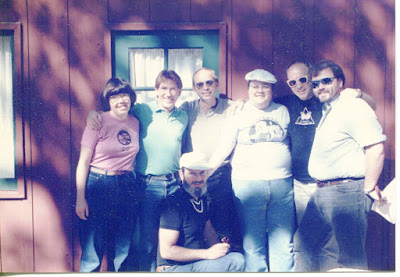 Small groups for discussion and prayer were the heart of every MCC-SF retreat in the late 1980s. My small group at the 1986 retreat included,from left, Kittredge Cherry, George Voigt, Patrick Horay, Karen Miller, Charles West and Gordon Gross. 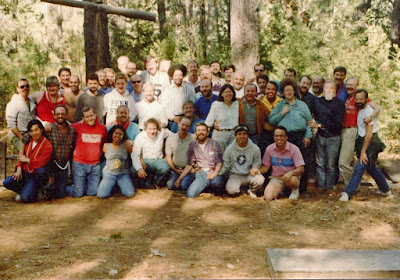 MCC San Francisco Retreat, October 1987. It was the height of the AIDS pandemic and we had a wonderful, spirit-filled time together. Some of those pictured have passed on to new life. 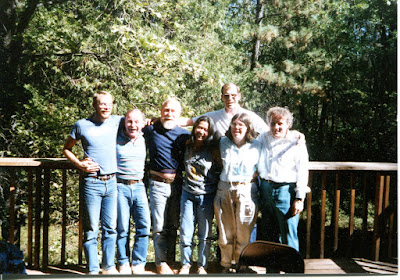 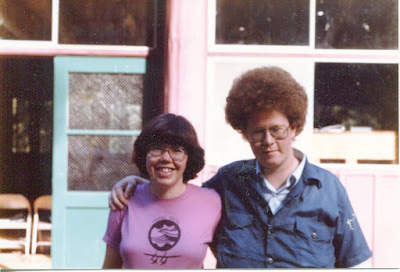 My life partner Audrey and I at the 1987 MCC-SF retreat.

__
See more of my MCC photos at these links:


Mel White stands for LGBTQ religious justice then and now


Posted by Kittredge Cherry at 9:18 AM