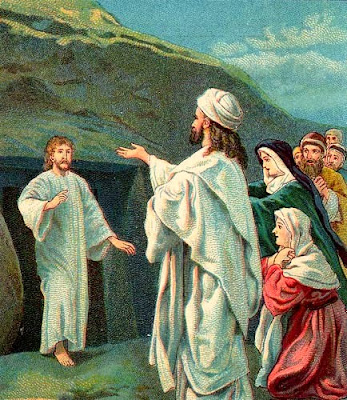 “Raising of Lazarus,” 1905 (Wikimedia Commons)
Some believe that Lazarus of Bethany was the “beloved disciple” of Jesus -- and maybe even his gay lover. His feast day is today (Dec. 17).

Lazarus was raised from the dead by Jesus in a dramatic miracle told in John: 11. The Bible identifies him as a man living in the village of Bethany with his sisters Mary and Martha. Lazarus falls ill, and the sisters send a message to Jesus that “the one you love is sick.” By the time Jesus arrives, Lazarus has been dead in his tomb for four days. Jesus weeps at the tomb, then calls, “Lazarus, come out!” To the amazement of all, Lazarus is restored to life.

Scholars theorize that Lazarus was also the unnamed “one whom Jesus loved,” also known as “the beloved disciple,” referenced at least five times in the Gospel of John. The term implies that Jesus was in love with him, and perhaps they shared the kind of intimacy that today would be called “gay.” Bible experts suggest that Lazarus was the unnamed naked man who ran away when Jesus was arrested in Mark 14:51-52. He may also have been the nameless “rich young ruler” who asks Jesus how to find eternal life in all three synoptic gospels. 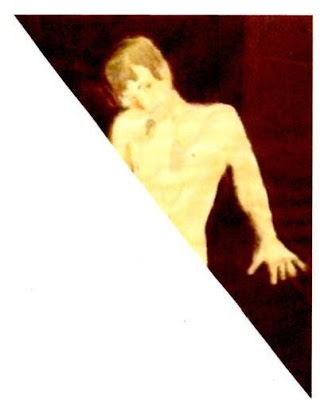 
Seeking the “naked young man” of Mark’s gospel (Jesus in Love)
____
This post is part of the GLBT Saints series by Kittredge Cherry at the Jesus in Love Blog. Saints, martyrs, mystics, prophets, witnesses, heroes, holy people, humanitarians, deities and religious figures of special interest to lesbian, gay, bisexual and transgender (LGBT) and queer people and our allies are covered on appropriate dates throughout the year.
Copyright © Kittredge Cherry. All rights reserved.
http://www.jesusinlove.blogspot.com/
Jesus in Love Blog on LGBT spirituality and the arts

Many people believe this but IMO, the synoptics are pretty explicit about the 12 apostles being at the supper,or at least,at the table. Even if there were more disciples in the room,the beloved disciple is said to be next to Jesus, so it cannot be Lazarus,unless I got something wrong.