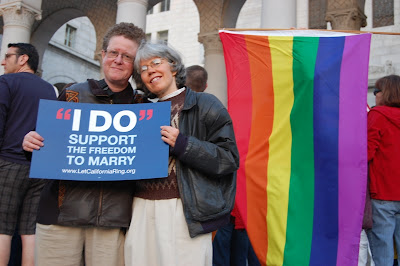 Kittredge Cherry, right, and Audrey at a marriage equality vigil in Los Angeles on March 24
I’m standing up for the freedom to marry while the Supreme Court considers the issue this week. I attended a candlelight vigil for marriage equality on the steps of the Los Angeles City Hall on Sunday.

About 400 people gathered to show support for same-sex marriage now because the US Supreme Court is hearing oral arguments in the Prop. 8 and DOMA cases today and tomorrow March 26 and 27. 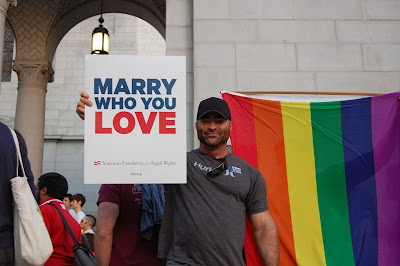 A man held a sign that said it all: “Marry who you love.” 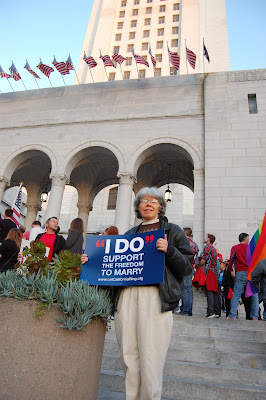 Flags flew and I stood tall for equality on the steps of City Hall. 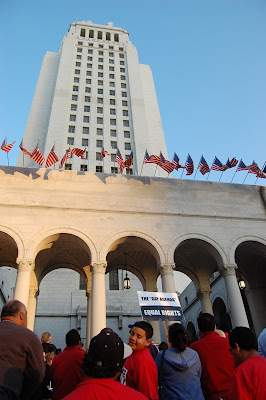 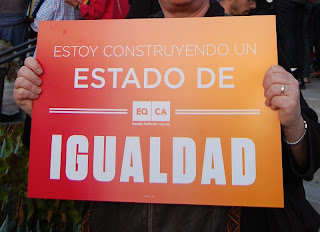 We saw a lot of people carrying signs in Spanish for "igualidad" and "marimonio para todos." 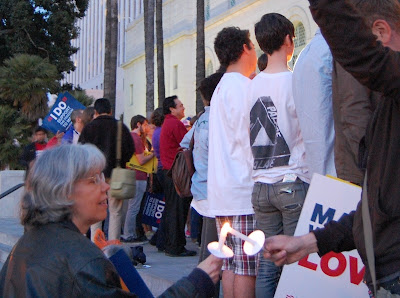 We lit our candles after the sun set. 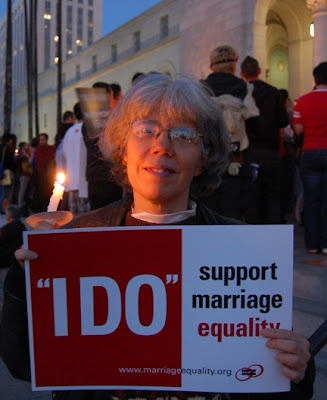 My prayer is that our candles will light the way to justice. 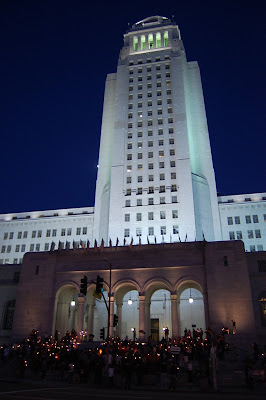 Can you see all the candles like tiny points of light in the darkness?  It was actually kind of romantic to be there with Audrey in the candlelight, with the moonlight, listening to musicians sing “Marry me,” surrounded by signs that proclaimed, “I do.”

It reminded me of another marriage equality demonstration 20 years ago. I helped organize The Wedding, a demonstration for marriage equality and a group blessing of 2,000 lesbian and gay couples by Rev. Troy Perry in front of the IRS building at the 1993 March on Washington for Lesbian, Gay and Bi Equal Rights and Liberation. Twenty years have passed on the long march to justice. 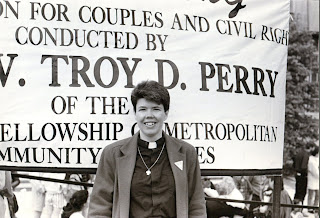 This was me standing for the rights of same-sex couples in 1993 in front of one of the banners at the Wedding.
Posted by Kittredge Cherry at 2:27 PM