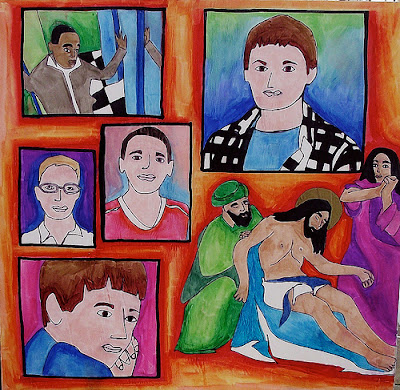 
LGBT people who were driven to suicide watch as Jesus is laid in his tomb. Jesus is not separate from humanity, but with us even in death. These queer martyrs join the “great cloud of witnesses” who surround us and encourage us to run the race ahead (Hebrews 12:1). 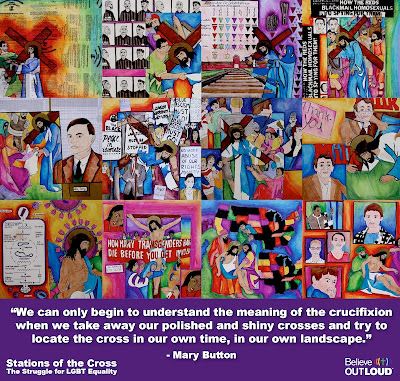 Here is a complete list of Button’s LGBT Stations of the Cross with mini-commentaries by Kittredge Cherry, lesbian Christian author and art historian. Click the titles below to view individual paintings and text.

Introduction to the LGBT Stations of the Cross

Posted by Kittredge Cherry at 9:22 PM